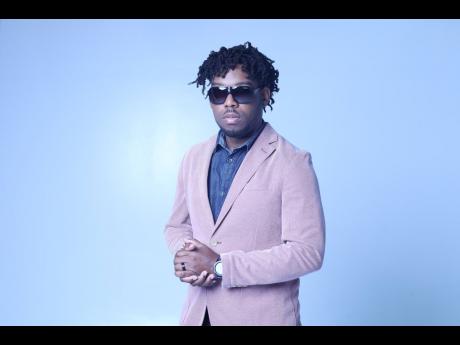 Growing up in Clarendon, gospel artiste Sone G says older Christians believed "people should see yuh and know that you are a Christian".

While he agrees, Sone G says it is more than just the outward appearance, it is a thought process, which is what has inspired his latest song, Spirit a Move.

"This was birthed out of the dynamic operations of the Spirit of God. When it's alive in you, there is just an inexplicable feeling that you get," Sone G told THE WEEKEND STAR. "Often times you will not know how to react when the Spirit is in operation but there is always a physical manifestation, that's why the line says, 'Yuh a go see it anytime yuh see mi'... It's more of an inner operation that is exuding from your veins that allows you to bring joy to someone who is going through a tough time or just knowing the right things to say to uplift someone."

According to him, the song has been bringing joy to people based on the "tremendous" feedback.

"The song is being played in the gospel and secular circuit without any signs of easing up. It's not just being played in Jamaica but in the UK, South America and all over the Caribbean. It's a blessing to see the response," he said.

Spirit a Move is part of the Different juggling rhythm project produced by DJ Shane Harris. He and Sone G connected through fellow singer and producer DaJourney and according to Sone G, they had "an instant creative connection and since then it's been like we've known each other for years".

Sone G hopes the song will "shed a light into the world of someone who is operating and being influenced by the Spirit. I hope it reaches the right ears and flourish".

Sone G, whose given name is Cecil Wilson, was always surrounded by music as his family is behind the Turbo Sonic sound system. He was also always surrounded by Christianity thanks to his grandmother, and thus used his liking for dancehall and reggae to create his own style of gospel music.