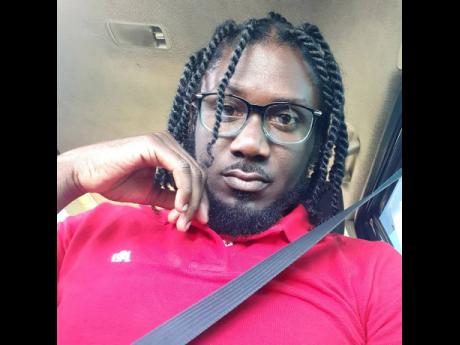 A comedian, his sidekicks, the alphabet song and a bunch of nursery rhymes seem to be the recipe for success for Mandeville-based producer Sanjay 'Steel Chest' Norman.

All these elements combine to form a song with a questionable title, ABC Badness, which, along with the music video, is creating hilarious waves in dancehall.

Steel Chest is being hailed for his bravery and is enjoying his moment in the spotlight with the single's release on Sunday. ABC Badness is voiced by comedian, Prince Guava, featuring Otp Control. The video of the bumbling trio singing the ABC song, Old MacDonald, Clap Your Tiny Hands, and Jesus Love Is a Bubbling, racked up close to 47,000 views, 9,000 likes, and no dislikes, in less than 24 hours.

"I am overwhelmed. Right now, I feel like crying. Many people reached out to me saying how them and their kids like the song. They even ask 'How yuh daring so?' I have been doing music for 10 years, working with all calibre of artistes and this has never happened," Steel Chest told THE STAR.

The Outta Space Records owner explained that Prince Guava has a big following on TikTok, and he did a skit to promote the rhythm, which is named 'Quick Speed'.

"That skit was amusing. The artistes come to the studio and acted like they were going to voice a big tune, but it turned out to be the ABC song. It went viral and people urged me to do a full song. After I came back from foreign, we went back into the studio and did the song. When I was about to release it Sunday, I said, 'God a really it dis?' I dropped it at 3:30 p.m. and it just tek off," he said

Steel Chest already voiced three artistes on the Quick Speed rhythm and is excited at the calibre of artistes who have been inboxing him for the rhythm, which he could rename ABC Badness.

Gimmicks and nursery rhyme tunes have long been part of the dancehall experience, and artistes like Shabba Ranks scored big with lyrics like ' Ting-a-ling a ling school bell ring, knife and fork a fight fi dumplin".