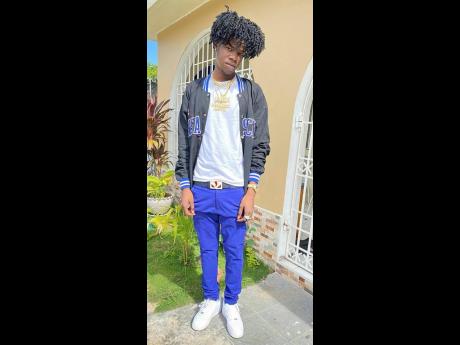 For Kash Promise Move, effective planning, execution and a supportive fan base are what account for the success of his viral Bandulu track.

Presented by Levels To Life Productions, in conjunction with Smilo Entertainment and Lee Milla Productions, the single was released as a part of the 'Bandulu' juggling earlier this year.

Kash Promise Move opined that he knew the single had potential and would one day garner the traction it currently has.

"When I heard the beat, I immediately got creative and decided to drop a different style and flow, and it resonated with the fans. The production team then put a very effective marketing plan in place for the track, and right now the single has taken its place as one of the top-trending tracks in dancehall, with over eight million views on TikTok alone," he said. "I am grateful for everyone who continues to play a part in making this track a success, because Bandulu has brought me to a level that there is no going back from."

Kash Promise Move experienced a sudden surge in fame in 2021 when he collaborated with Jada Kingdom on his track Ride. The artiste believes his career has been steadily accelerating since that moment, and Bandulu gave him that extra push through the gate.

"Now that Bandulu is viral, people are being exposed to my entire catalogue; and I have gained new fans who have heard other songs, like Friends With Benefits and Brawling, and have made those tracks their favourite. The other day, I woke up to other entertainers doing the challenge, and to have that kind of impact is something I have been working hard at achieving. I am thankful," he said.