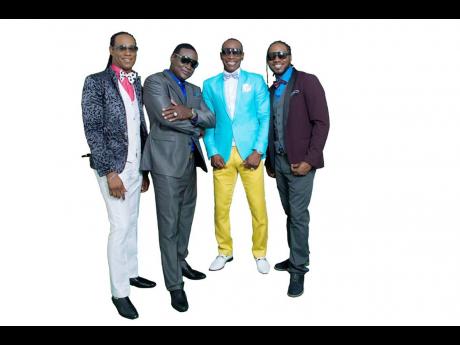 Lukie D, who is credited as the brainchild for the formation of reggae singing quartet L.U.S.T., says the family vibe has kept the group together throughout the years.

The group, which comprises Lukie D, Thriller U, Singing Melody and Tony Curtis is celebrating 25 years of existence, having been launched in 1997.

"We are a family; we have known each other for a long time. The family thing has kept us together, and of course, we put our egos aside. This, along with the respect for each other and the great musical talent within the group is the secret behind our longevity. Jamaica needs us, there are no great singing groups around so we as L.U.S.T. plan to keep this forever," said Lukie D.

L.U.S.T., which stands for Love, Understanding, Sensitivity and Trust, came to prominence after the members performed at the MIDEM 97 festival in France. That year, the group scored a number-one hit on the local charts with Sweetness of Your Love, which was produced by Bankeylous Productions. Subsequent hits from the group included You're the Inspiration.

The group is preparing to launch a silver anniversary tour to commemorate 25 years of existence. The tour is set to target music lovers in Canada, United States, Europe, Jamaica and the Caribbean.