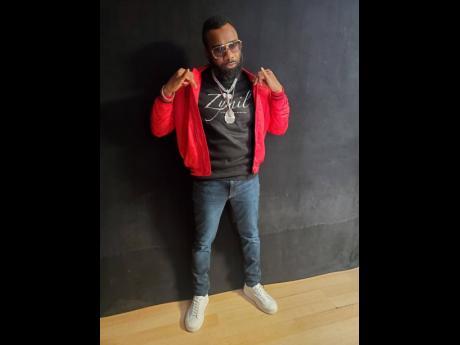 "Most of the tracks were created under the pressures of life and having to navigate deep pain in silence. All the songs feel right and hit differently," the artiste explained.

Completed over 24 months, the project is touted as his best work to date and contains a mix of chanting vocals, rhythmic flows, deep bass, contagious melodies, and great lyrical content.

"One of the few benefits of the COVID lockdown is that it allowed time for introspection. A line in one of the tracks chants, ' 2020 implies vision world you better see ting clearer'. I'm hoping for listeners to get an appreciation of the experience while listening to it, to the point where they will tell a friend, who will tell another friend, and so on," the artiste said.

While this is his first official body of work, Dudsymil recorded his first track with Stephen 'Di Genius' McGregor in 2003. Describing his work as 'meds music' for weed smokers, the artiste got into music on a more serious level within the past five years.

"I got some good radio play in Jamaica for a Rihanna remake I did called Go Away. The video was shot by Cash Flow Records. In Canada, I'm known for the song T Dot We Go Hard (with Sstyles) that was popular on Z1035 (a commercial radio station). We even did a remix for the (NBA team Toronto) Raptors when they made the play-offs. It was a vibe in the city," the artiste highlighted.

Following the album's release, Dudsymil is looking to work on a broad musical scale.

"I want to get into sound engineering, so that's something I plan on exploring further," he said.