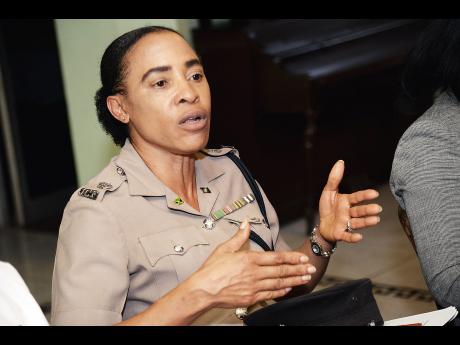 The Clarendon police are going all out as they probe a deadly drive-by shooting incident in Hayes in the parish on Wednesday, which claimed the life of two persons.

The police told THE WEEKEND STAR that the fatal incident was the first in the parish since the start of the year.

Senior Superintendent Vendolyn Cameron-Powell said: "We are just doing our investigations to find out if it's a case of criminals trying to kill criminals. We are not joking. The police are collecting all the necessary information to arrest and charge those responsible."

The police are also asking anyone with information that can assist their probe to come forward.

"Tell us who killed your family member, and why they killed him. Assist the process of investigation. We are treating the matter as urgent to arrest and charge those responsible. We are going all out," Cameron-Powell said.

The deceased persons in Wednesday's shooting incident have been identified as 33-year-old Sheldon 'Chanderpaul' Broomfield, a taxi operator of Baptist Street in the community, and Ricky Cornie, who is also called Metro and Cheese.

Cornie, who is from Raymonds district in Hayes, is said to be of unsound mind.

The men were among a group at a shop playing a game of dominoes when a white AD Wagon drove up.

They were taken to the Lionel Town Hospital, where Cornie and Broomfield were pronounced dead. Two other persons were treated and released.