US Olympian killed in shoot-out 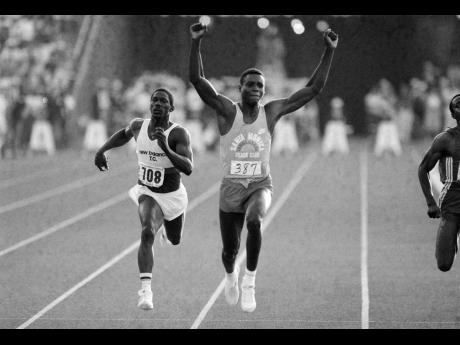 U.S. athlete Carl Lewis raises his arms in victory as he wins the 100-metre final ahead of third-place Emmit King (left) at the U.S. Olympic track and field trials at the Coliseum in Los Angeles, June 18, 1984.

A former University of Alabama track star and Olympian was killed in a shoot-out with another man, authorities say.

The Jefferson County Coroner's Office on Monday identified Emmit King and Willie Albert Wells as the two men who died after exchanging gunfire in Bessemer on Sunday, AL.com reported.

He ran for Jefferson State Community College and for the University of Alabama, where he became the 1983 NCAA national champion in the 100 metres. That same year, he won the bronze in the 100 metres at the first World Championships.

Authorities said King and Wells, 60, knew each other and were arguing outside a house Sunday afternoon when they both pulled out guns and fired. Wells was pronounced dead at the scene, and King died later at a hospital.