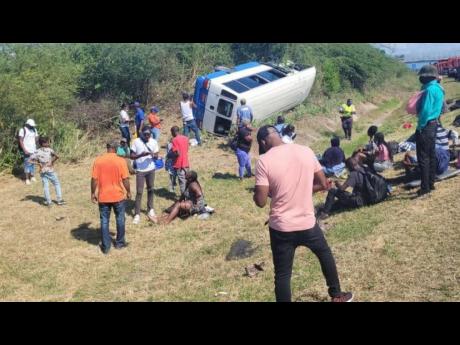 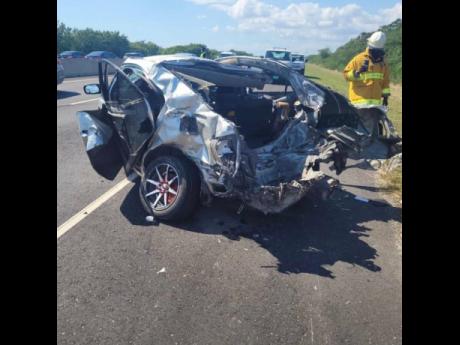 About 12:40 p.m, a Toyota Coaster bus and a Nissan Tiida were in the east bound-lane when the crash happened near the Spanish Town exit in the vicinity of the March Pen bridge.

Edwards said the driver of the Tiida was reportedly reversing when the bus, heading towards Kingston, crashed in the rear of the car.

He is appealing to motorists to desist from reversing on highways.

"It is not safe. We understand that the bumper fell off the Tiida and all he had to do was pull over to the left, walk and retrieve it. It was a matter of being irresponsible and reckless on the part of the Tiida driver," he said.

About 30 persons were aboard the bus.

Up to yesterday, there were 24 fatalities from road crashes across Jamaica.

Some 22 Jamaicans lost their lives in crashes over a similar period last year.