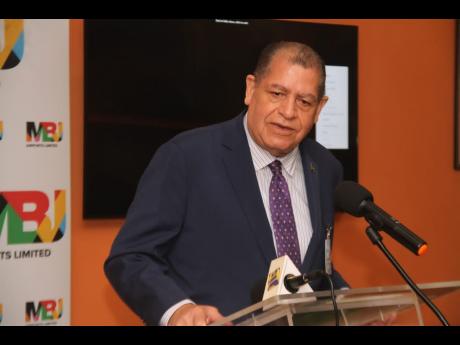 Minister of Transport and Mining Audley Shaw has said that the country’s railway system will be revived and fast-tracked to take advantage of the numerous economic activities that are available.

Addressing reporters and other stakeholders following a tour of the Sangster International Airport in Montego Bay, St James, on Friday (May 13), Minister Shaw singled out the tourism sector as one of the main industries that stand to benefit.

He pointed to the once-celebrated trip from Montego Bay to the island’s southern coast as the ideal comeback for the train.

“The same way we are expanding our airports, we also want to revive our railway system here in Jamaica. Our railway system [which was closed 30 years ago] is one of the oldest railways in the western hemisphere and has a very rich history,” Minister Shaw explained.

“We have a duty now to ensure that we reopen the railway.  The first phase of that reopening is going to be a tourism opportunity that starts from Montego Bay into Appleton Estate with several stops along the way.”

The Minister said the aim would be to boost the fortunes of community tourism. Businesses along the way to the southern coast would benefit tremendously.

He noted that feasibility studies consistently show that there is a lot of appetite among stakeholders for a return of the train, as in the past it was a big hit with visitors.

Minister Shaw, in the meantime, said he is very encouraged that the operators of the Sangster International Airport have included cruise shipping in their plans. There is a lot to gain, he added, especially with regards to home porting.

It was a wise move to include cruise shipping in plans relating to infrastructural development at Sangster, he said.

“Once the perimeter road is in place it will be a five-minute drive from the airport to the cruise ship pier… perfect for home porting.

(Home porting is the term for when a cruise ship uses a port/marine terminal in a particular city as its home, regardless of its port of registry. This allows passengers to begin or terminate a cruise in the home port, and this positively impacts ground transportation and tours. Passengers may also fly in to the home port to board vessels.

Other benefits of home porting are the creation of jobs for locals, as support services are provided for the vessels such as fuel, water, food and merchandise. Ground transport and small business operators will also profit as passengers disembark and go on tours and shop.)