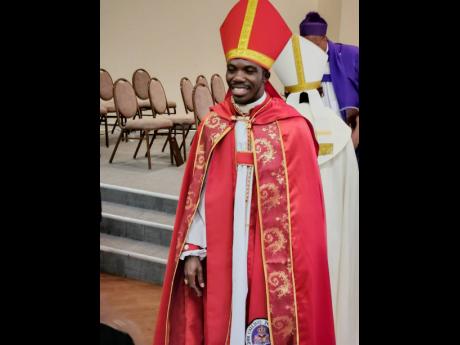 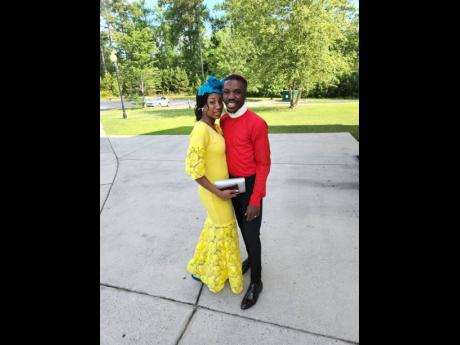 Miller and his wife Moesha.
1
2

As a child, Javaughn Miller's family could barely find bread for the table, but has spent nearly half of his life helping others seek the bread of life.

At just 26, the Trench Town native was recently appointed apostle of the Higher Calling Fellowship Churches in the US. He is believed to be the youngest person to be elevated to that office of the religious organisation that has 54 churches across the US. He said that while some may not see his accomplishment as a big deal, he is hoping that it will be an inspiration.

"I want the youths in especially the inner cities to know that anything is possible if they put their minds to it and to overcome fear. If anyone had told me a few years back that I would be in this position, I would not have believed based on my background and where I was coming from. Jamaica is a blessed country and we want to see positive news coming out and I am happy to be contributing to that," he said. Miller said he and his two siblings were raised by a single mother who struggled to make ends meet.

"I remember times when my mom would use one bulla and share for all of us and believe it or not, that would be for breakfast, lunch and dinner. She was very strong on education as she did not want us to be in the same predicament that she was in. She put her career path on hold for us. She was just always there, and at the time I had a bitterness for my father as I couldn't understand why he abandoned me. Our relationship is, however, better now," he said.

Growing up in a family of clergymen, Miller got baptised at age seven and by age 16, while a student of Calabar High School, he was already serving as an evangelist in Spanish Town where he had been sent to assist a church.

"I always knew church and that there was something great about me. [But] There was a bit of peer pressure which saw me getting a bit distracted but I found back my way and I then started to travel to the States at the age of 19 to minister in churches," he said. But in 2015, Miller said he got a revelation from the Almighty to quit his day job as a customer service representative and go into ministry full-time.

"Persons thought I was crazy. At that time I was not getting preaching assignments but the Lord was training me and showed me signs. I wasn't being paid for ministry but I kept the faith and trust God," he said.

In 2018, while in Florida, Miller said the Lord gave him another message. This one was that his wife was overseas. Once again, persons thought he was going crazy. But a year later, Miller was visiting his father and some of his paternal relatives in Connecticut when he met his future wife, Moesha. While, listening to his uncle preach, Miller said he felt a void.

"The Lord told me that I needed a 'help mate' which was my wife and she was at the church. I saw this young lady doing dance and I felt something for her but at the time I didn't know that I liked her. But she was the one who ended up being my wife. We got married a year later," he said.

Miller currently calls Atlanta, Georgia, home and he said he looks toward growing and winning more souls for Jesus Christ.

"God had promised me this position of being an apostle even before I left Jamaica and it has just been a blessing," he said.