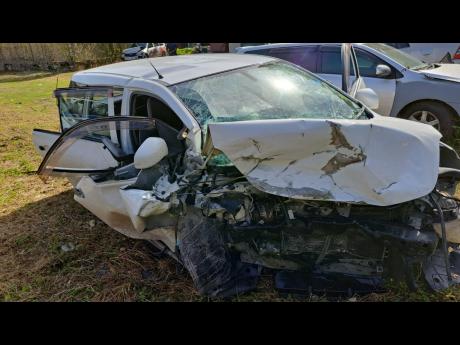 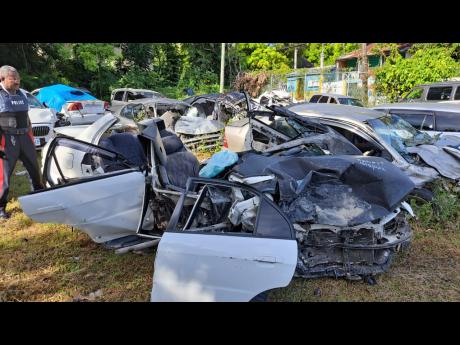 A male motorist and a female passenger were killed in a vehicular collision along the Tryall main road in Hanover, earlier today.

They have been identified as 26-year-old Onieke Barnes, of Mandeville in Manchester, and 51-year-old Claudia Shaw, of a St Elizabeth address.

According to the Sandy Bay police, about12:30 a.m., Barnes was driving his white Mitsubishi Sedan motor car from the direction of Sandy Bay, towards Hopewell.

On reaching a section of the Tryall main road in the vicinity of the Tryall Resort entrance, the driver of another Mitsubishi Station Wagon Motor car, which was travelling from the Hopewell community towards Sandy Bay, attempted to navigate a corner and lost control of the vehicle and collided into the car being driven by Barnes.

The impact resulted in Barnes and Shaw being killed on the spot.

The police and fire departments were summoned and upon arrival, the deceased were removed from the wreckage and transported to the morgue.

The driver of the Mitsubishi Station Wagon Motor car, and a 10-year-old male student, were also seriously injured and had to be rushed to the Cornwall Regional Hospital, where they were treated and admitted.