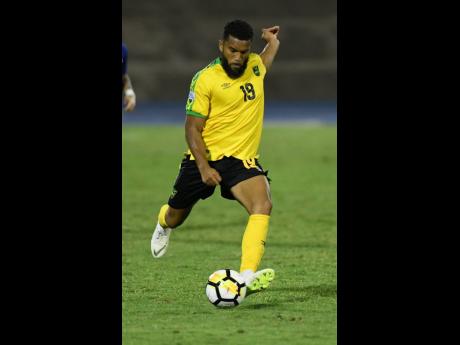 After four months without a club, national defender Adrian Mariappa has found a new home, Down Under.

Mariappa, 35, signed a contract with Australian outfit Macarthur FC of the A-League for the 2021/22 season. His move ends a decade-long stay in England where he spent the majority of his career at Watford since 2006 and most recently finished at championship club Bristol City, leaving the club in July. Mariappa has been a free agent since then but has been called up to every Jamaica squad for their 2022 World Cup qualifying campaign. Speaking to the club's website on Sunday, Mariappa said that he is looking forward to continuing his career in a new environment and is relishing the opportunity with the Bulls in helping to marshall their back line.

"I want to thank the owners and the football staff for having faith in me and making this happen. When the opportunity to join the Bulls arrived, it was one I couldn't turn down. It's an exciting new challenge for me in my career and that for me is what I thrive off," Mariappa said. "I'm hungry to achieve great things with the club and create new memories with the team and fans.

"Although he has never played A-League before, I'm most certain he will make a seamless adjustment given the career he has had so far. I'm looking forward to seeing Adrian settle into the squad and contribute to the team throughout the (current) season," Milicic said on the team website.

Macarthur FC are currently in fourth place in the A -League with four points from two games played this season. Mariappa could make his club debut this weekend when they play fifth-place Central Coast Mariners on Sunday.