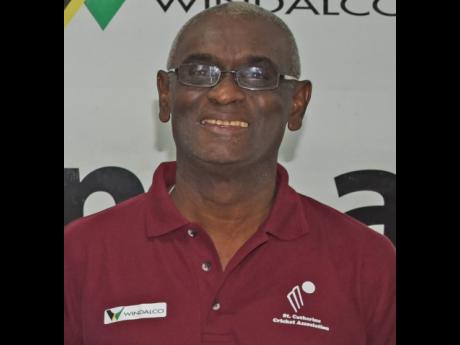 St. Catherine's cricket lovers are happy to have competitive cricket again with the return of the Jamaica Energy Partners Cricket League after a two-year hiatus because of the coronavirus pandemic.

President of the St Catherine Cricket Association, Milholland Barker, believes stakeholders were anxious for the restart of the competition.

"It was eagerly anticipated by the teams and the communities (because) we were there idle and without any kind of constructive recreation, but when it (the league) came back everyone was eager to be a part of it and so far so good," he said.

The 18-team competition, however, returns with several changes, but Barker said the changes are well accepted.

"Whatever we do we go according to the Jamaica Cricket Association (JCA), and one of the things which were agreed on to resume is that the competition should be on a limited basis. We were already limited to 50 overs, but then it was suggested that we do Twenty20 instead, which was well accepted by all teams," he said.

Barker said this new format of the competition comes with several positives.

"The positives would be that the competition will be more exciting and each match will come to a definite closure so we'll have a winner and a loser in every game," he said.

Baker, however, said this might lead to some negative effects as well.

"On the negative side, we could find that the younger players might become confused as to the approach to the game. We would have hoped that they will be able to put their foot down and plan an innings, as against being caught up in the whole excitement and the urgency. We would have given away technique and temperament for this excitement, but, nonetheless, we still will be having the youth competitions," he said.

One of the competition's rules is that each team must consist of two high school players and therefore at least 36 youths are involved.

CEO of JEP, Wayne McKenzie, said helping to develop young talents is one of the reasons his company continues to give back to the sport for more than two decades.

He said he hopes that the discipline that is associated with the sport will continue to impact the younger players as they are supported by older players who act as mentors in the games and community.

"In addition to promoting that type of social adventuring environment, we do hope that these citizens who are just normal citizens in their slated communities will go on to represent not just Jamaica but the West Indies by extension, by way of this community league," McKenzie said.

Local players such as Andre Russell, Nkrumah Bonner and Shakar Thomas, who have represented Jamaica locally, regionally and internationally, are some of the players who have benefited from the JEP league.