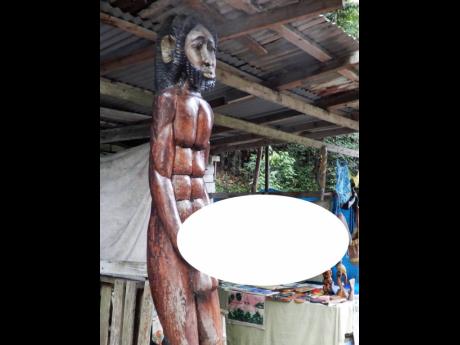 One of Cameron’s famous Ready Freddie pieces that is still on display in Fern Gully. 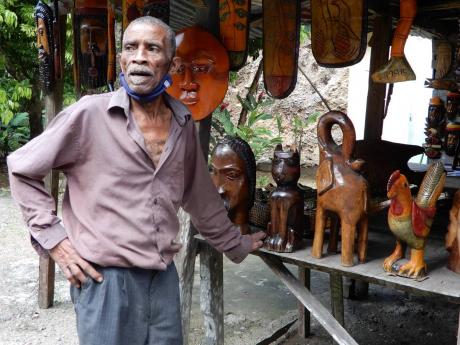 Ralph Cameron said that he no longer makes the Ready Freddie pieces as they are no longer popular. 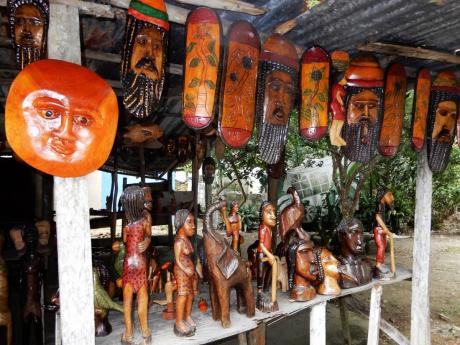 In 2003, Ocho Rios wood carver Ralph Cameron stirred controversy when he displayed a piece of artwork in the nearby Fern Gully in St Ann, named 'Ready Freddie', which showed a man with an unusually large and rigid organ.

The carving drew criticism and fuelled discussion about the difference between art and indecency. It also pushed the artist into the spotlight during a time when craft traders were complaining of a lack of business coming from the tourism sector. Cameron said he created the concept out of a desire to attract tourists to his stall.

It worked for a while but eventually sales of Ready Freddie carvings declined and it became more of a novelty than anything else, serving mainly as a hot subject for anyone with a camera. Cameron, now 73, has left that controversy behind him and continues to work as a leading artist in the trade. But he admitted that the pandemic has slowed down his production rate to its lowest level in his approximately 40 years of business.

From his home studio, which is located near the entrance of Fern Gully, he recalled the discussions that emanated from Ready Freddie.

"It became an in-thing to most foreigners. Most foreigners come, they like the Ready Freddie, they jump up, they play around with it," he said. But he said that a former broadcaster was among those who created a stir about it. He recalled that she suggested he placed the artwork at the back of his stall, which he did.

"But by she get to town and she go on the radio, she start talk about it, 'there is this big wood man pointing to the road' and things like that," he said. "Well, a lot of people get upset about her concern, which they start to call her programme and tell her say, 'is just a piece of wood, leave that alone,' and things like that."

Some time after the controversy started, Cameron recalled that THE STAR also stopped by his stall to speak with him.

He explained: "Eventually, a journalist come by and said to me, 'well, what the problem with it?' I said I don't have a problem. Him, as a journalist say, well he doesn't see any problem in it, I mus' jus' do wha' mi doing and within a week from that it was published in THE STAR, front page."

That same year Cameron was featured in Air Jamaica's in-flight magazine, Sky Writings, with the article focusing on his work in general and not on any specific piece. He was only too happy to show his souvenir copy of the magazine. Ironically, Cameron noted that just a few months later, the naked statues at Emancipation Park were erected, which also stirred some amount of debate. Nearly two decades later, Cameron has left the making of Ready Freddie carvings to other carvers who display them in Fern Gully.

"I eventually cut off because I find it's not really selling as it used to," he pointed out. "Some of the persons would tell you say they want it to keep in the bathroom as a [toilet] paper holder. I have customers who tell me 'many thanks', saying me don't know wha mi do fi him when him get that. I guess some use it in different ways. Their way, their problem."